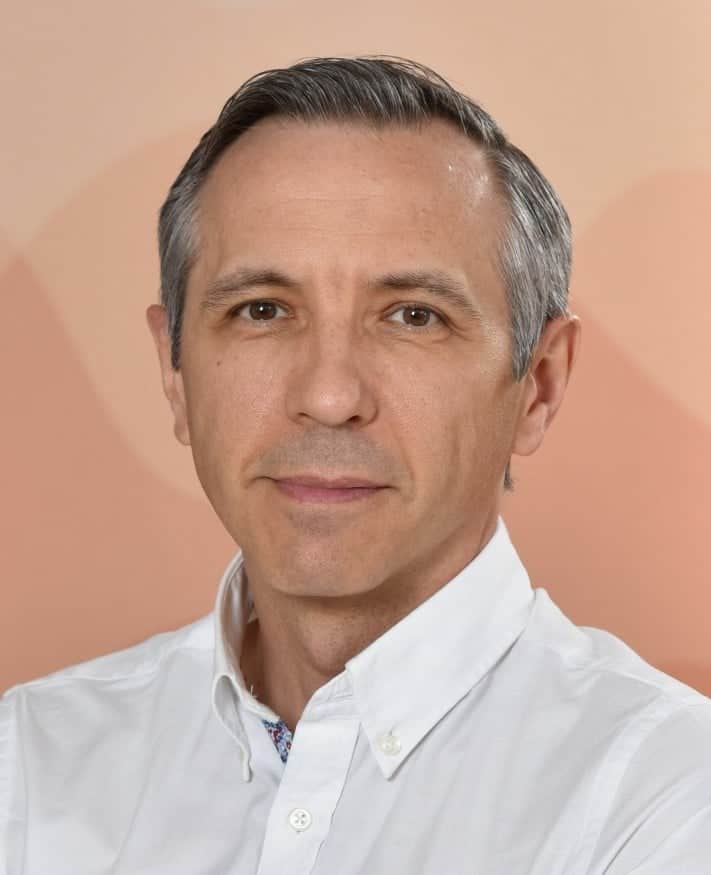 When you have a big community, such as we do at BISM, finding reasons to celebrate is, generally, easy. But you don’t hear every day that a community led by scholars from Harvard University chooses one of our lecturers as spotlight practitioner of the month.

Over 1,000 consultants and coaches have started working with the 6 Conditions for Team Effectiveness Framework and have seen great results. Cosmin Alexandru’s work was praised in the community and he was featured among the international community.

We caught Cosmin in between his consulting projects for a discussion on teams, performance and the context of remote working.

We see companies all across the performance spectrum, but can a team be performant in an underperforming company?

The short answer is yes, the longer answer is yes, under certain conditions. Every group of people can become a performant team regardless the conditions (be them supportive or hostile), but they can only make it given that there is good leadership, a good structure, good culture and so on. But it’s much more costly to make a team perform in an underperforming company.

Because you have to make up in the team for the lack of resources, support and engagement that you find in the stakeholders of the organization. But yes, it’s doable.

You mentioned culture. What needs to happen in terms of culture for a team to thrive?

First, a bit of a mindshift, in the sense that we are used to read, think and hear about organizational culture, as if this is a whole system that is everywhere more or less the same.

The culture is led, this is usually done by the leader. (S)he needs to be aware of what is going on in the team – when you are there and when you aren’t and how you can make it better.

There is a myriad of articles and books about it and you need to choose something that fits your philosophy of leading and performing and that also fits ideally with the organization. Basically, it has to do with the norms: how the team interacts with themselves, they take decisions, they keep each other accountable, they assume responsibility – for results and for each other. This is only one of the conditions that create a good team. 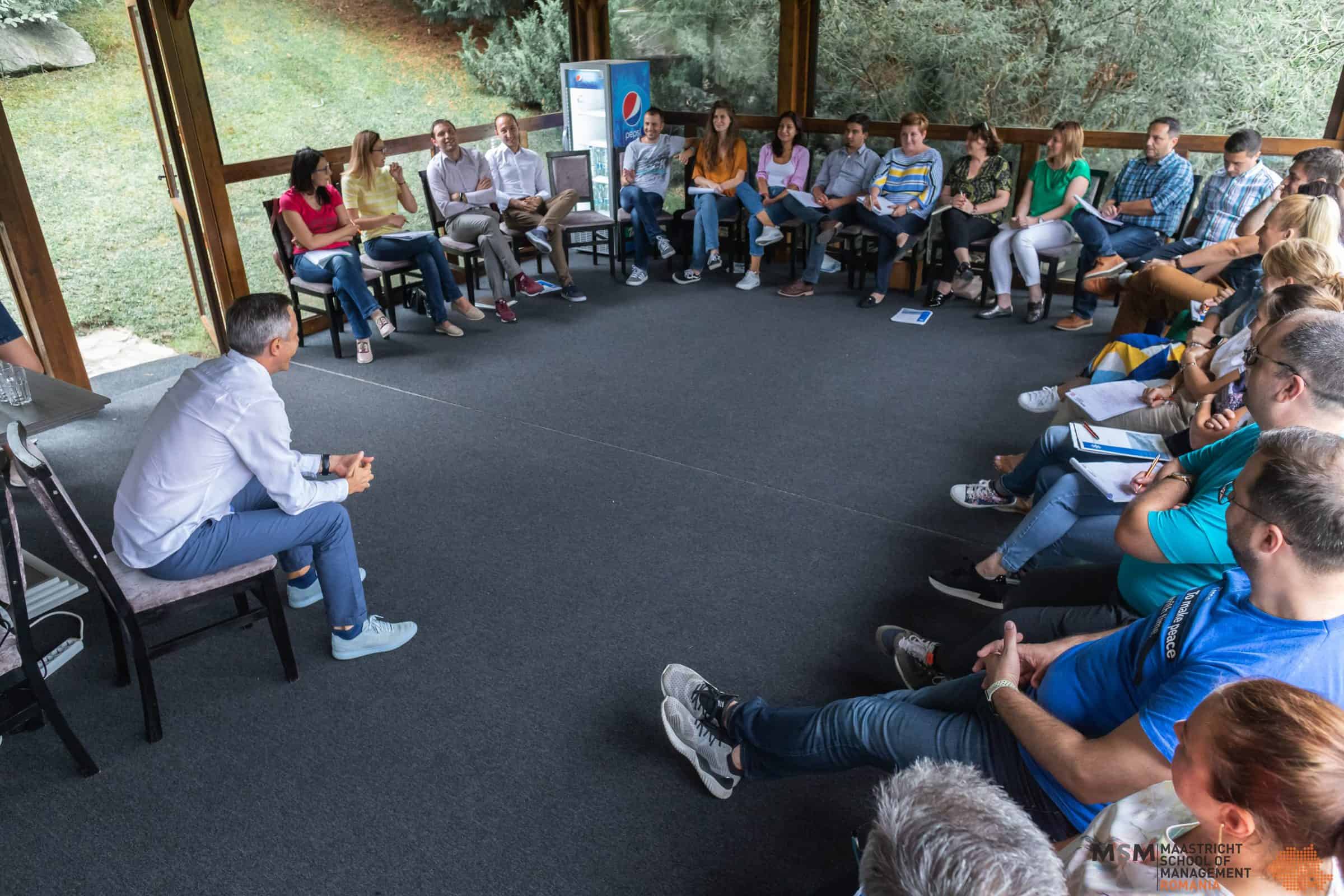 There are others as well, you have to make sure that the team has a team and common purpose and this is not always an easy thing to do. The team has to have the right interdependency among its members (they have a collective goal, they have things that they need to do together, it’s not just the sum of what everybody delivers). Plus, you need to have the right people in the team – in the sense of technical skills and in terms of teamwork skills, that they can work with each other.

To that, you add the norms and the context – ideally the supportive context of the company and last but not least, some time of coaching from the leader. They should make sure the team spends time and energy in their own processes, not only in the tasks they deliver but also in the process: how do they do that? Can they improve the way they work together at a systemic level, not always falling into the same traps and repeating them over again.

You’ve consulted many companies towards better work relations and team dynamics. What are 3 sure ways for a team to fail on a project?

One of the ways in which I’ve seen teams getting into trouble when starting a project is not dedicating enough time at the beginning to align on the strategic part of the project – on the answers to why are we doing this, why is this important for each of us.

People go straight into the operational – who has to do what by when and they think they save time. A lot of people in teams feel rushed and feel that they started in an unaligned and unengaged way. Spending a bit of time in the beginning of a project is paramount because it saves a huge amount of time and energy in the long run. 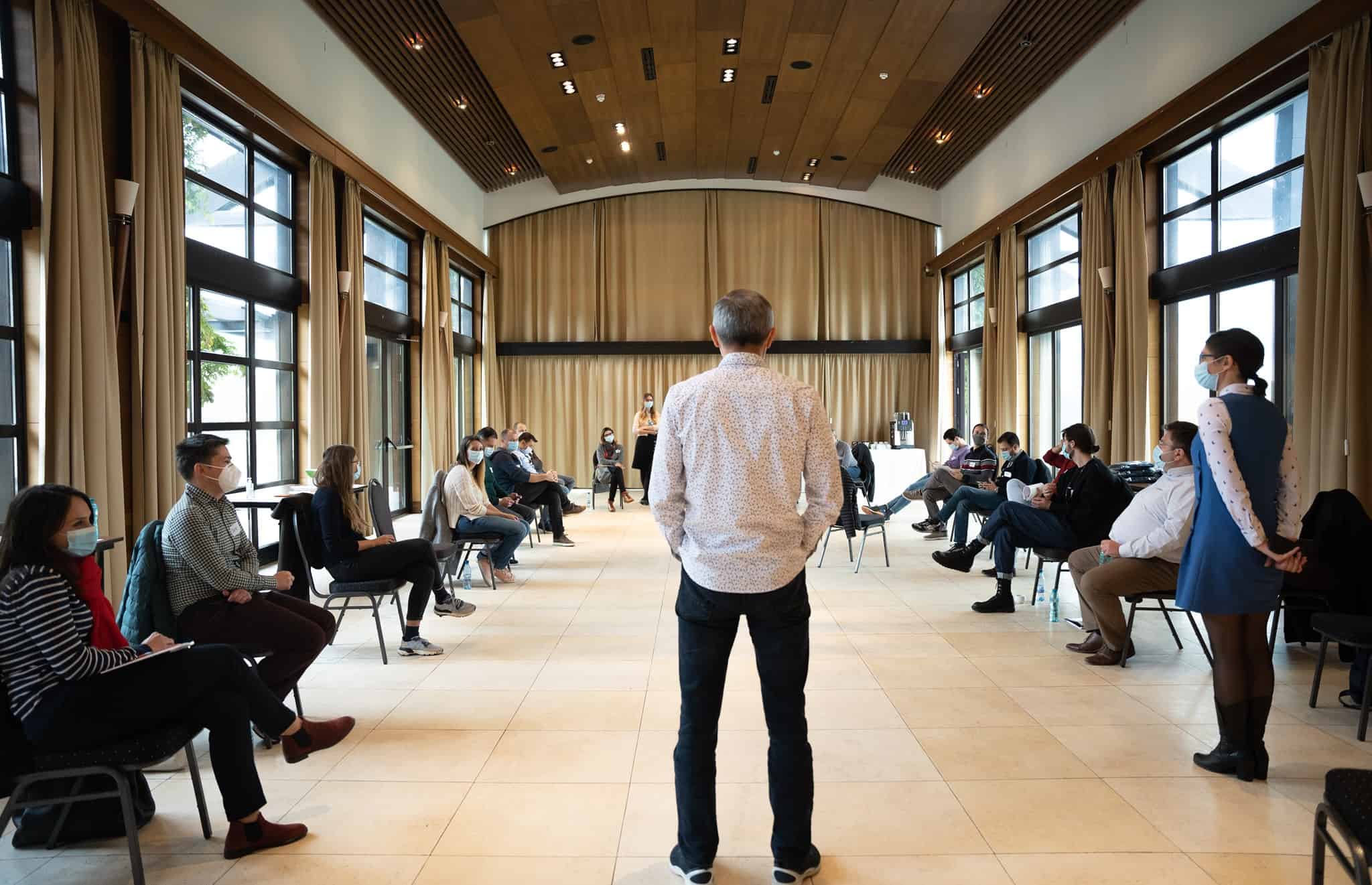 The second is not being very clear on the roles and responsibilities – some projects start with a bit of unclarity, but at least have some sort of guiding principles and structure the chain of decisions. One of the problems I’ve seen in conflicts growing in teams is that people with good intentions and wanting the same results get into big clashes because it is not clear for them when the conversation is consultative and when the conversation leads to decision making.

So, people are asked about their opinions but then they offer input, and it is not clear for them that it’s only a consultative process there and the decision belongs to the person responsible for the result in that area. Everybody wants to have a say in every decision and this creates a lot of frustration and tension among people that are good friends.

Do you think there are people who aren’t made for working in teams? And no matter what you do as a manager you won’t be able to make them collaborate?

A team has to keep a close eye on productivity, so bringing someone to work in a team when they are more productive on their own is not helping the team. It is important that in the team people norm this, when do we need to meet together and why, and when do we need to spend time alone so that we can produce the results required. 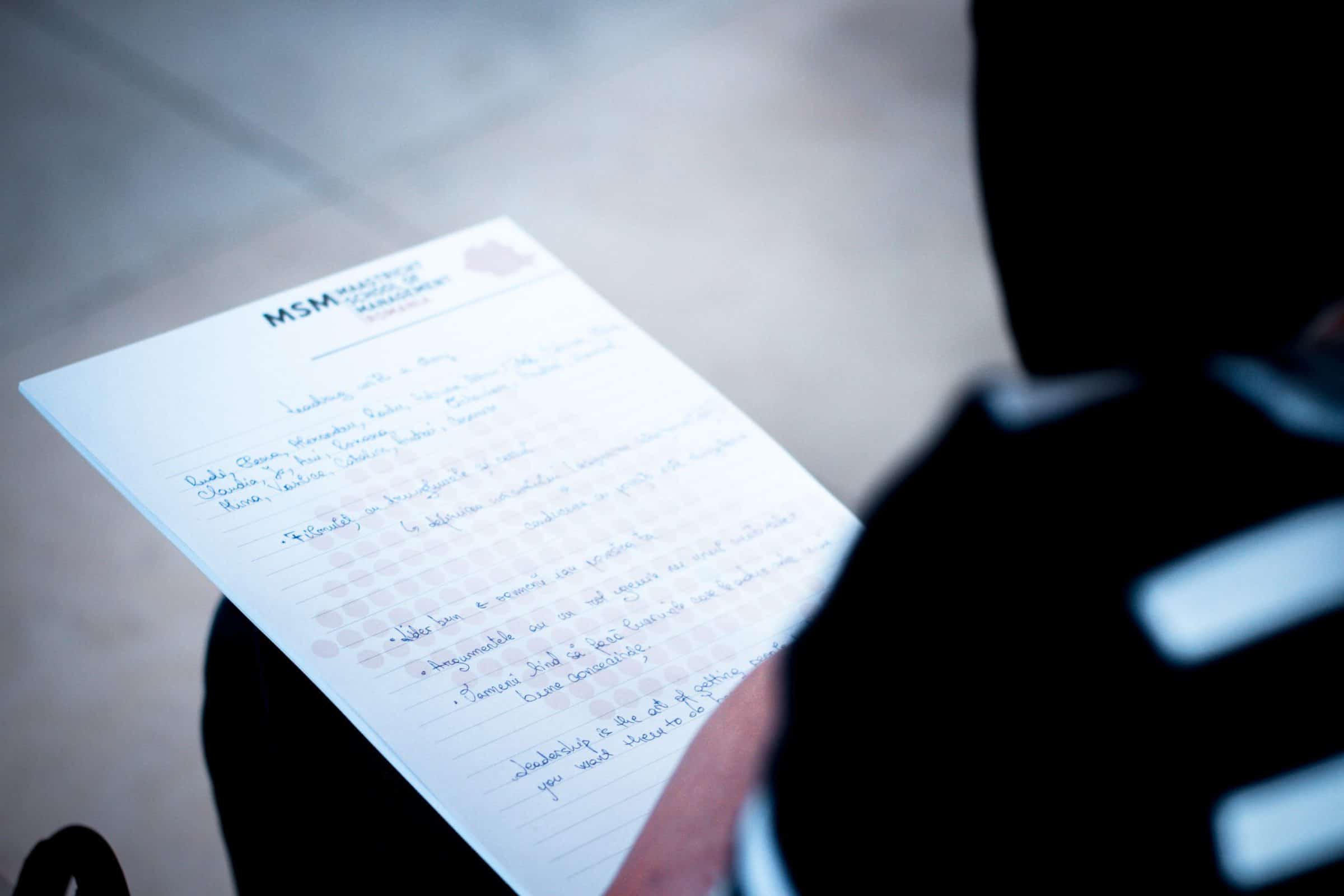 How did you see performance change or adapt in the context of remote working?

It’s still ongoing, I’m not sure I have any conclusions yet. A lot more people that thought remote teams will never work had to acknowledge the fact that teams may work very well. It puts more pressure on individuals to make a balance in their time – between working alone and in meetings. I think it’s here to stay and the sooner we learn to adapt to it, the better.

It changed in the sense that for some teams it allowed more space for individual work, which was needed, but for others it was a challenge, especially does in a creative environment. Creativity sparks from places you never expect, on Zoom it’s a bit more difficult, you don’t see people’s eyes or whispers. I’ve seen teams working with Neural or collaborative Powerpoint – it’s a step forward, but it doesn’t resemble working face-to-face. For organised and routine tasks, virtual teams are heaven.

On the other hand, it forces the work to become more “Western”. People concentrate more to be productive, but it may affect relationships because there is less time for chit chat and in some cultures this may be detrimental, since they need relationships to perform.

How do we measure team performance? What are the most used KPIs companies use to track it?

I haven’t seen “most used” KPIs, every company has their own individual approach to performance. The most used lately is the OKR methodology, but now with the agile way of working, it penetrated more and more teams around the globe. They can take the Kaizen and Kanban and all kinds of methodologies that they use in Agile working for working with all kinds of teams.

People will rethink working in teams but also working among teams. As everyone was in the same building, the team of teams concept was not very clear because everybody was meeting everybody all the time, incidentally or on purpose. Now, when most of us are online, you don’t meet anyone incidentally, you only do this on purpose. 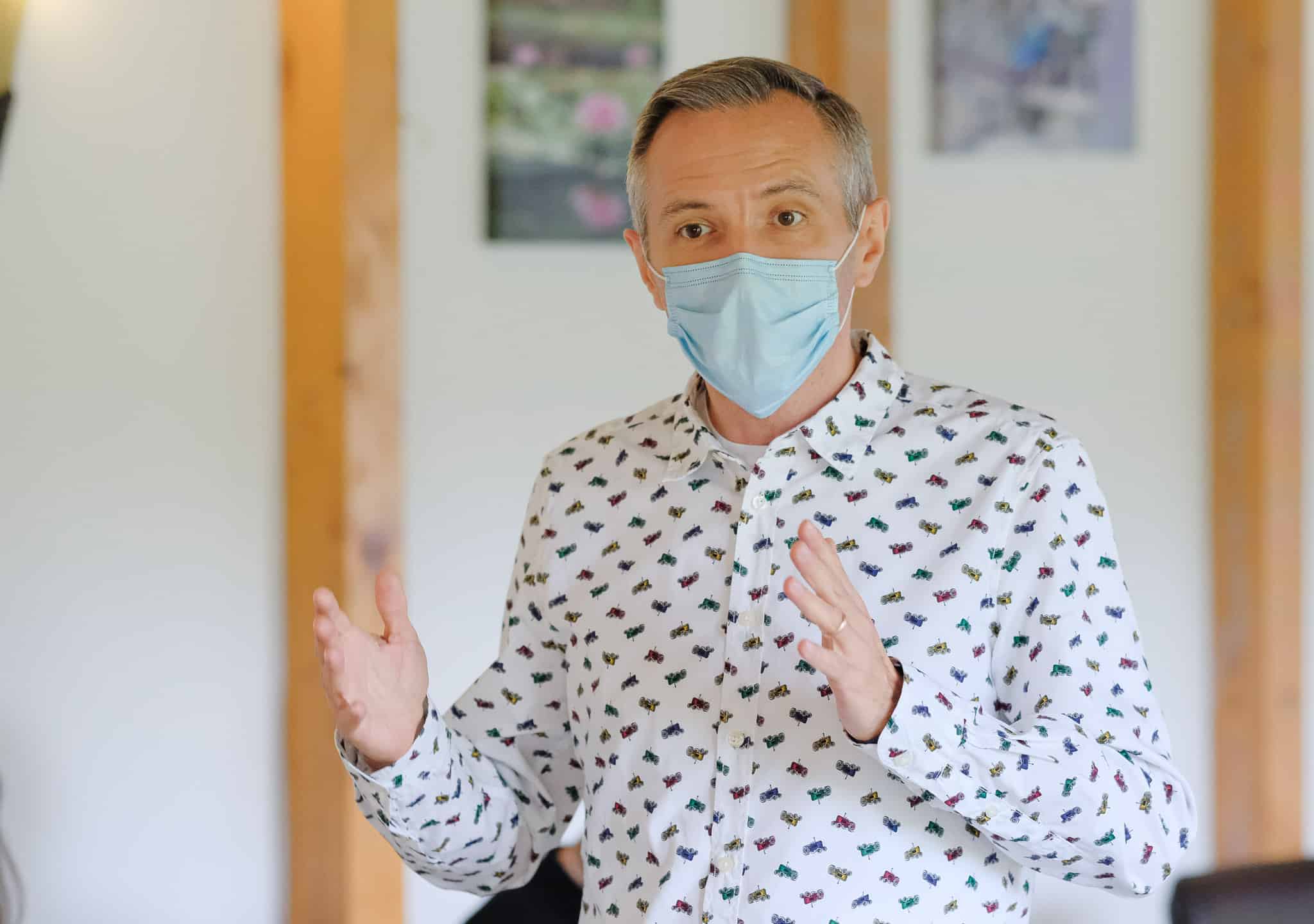 Teams were much more homogenous and much more work was assigned to teams, but someone then had to connect these teams together and their output together, so the concept of team of teams  takes more and more ground. I think methodologies will be developed to be sure the output of every team is in synergy with the output of all teams.

What can you tell us about the Team Diagnostic Survey? How is it used and what results have you seen with it?

It is a methodology for team development that originated at Harvard University from Richard Hackman and Ruth Wageman, and it’s an evidence based methodology for diagnosing teams and helping them develop towards team effectiveness.

It’s very result oriented, this is why I like it a lot and it talks about 6 conditions that research-based count for up to 80% of team effectiveness.

They researched it with about 180 teams throughout the world, in various geographies, to make sure that it works and it the mean time also applied it on thousands of teams worldwide. I also applied it in Romania with some of my clients and it’s helpful for teams to have a clear structure of where they are and what they need to do to move forward.

They keep themselves accountable for moving forward and they see the results. The process helps them achieve a lot more, a lot sooner.

Cosmin Alexandru teaches Leading High-Performing Teams in our Executive MBA and Fast Track Management Program. You can also find out more about Cosmin’s work with teams on https://executiveteams.ro/.