Moving to Vietnam – The story of Tiberiu Paraschiv, RO9 Alumnus

Moving to Vietnam – The story of Tiberiu Paraschiv, RO9 Alumnus 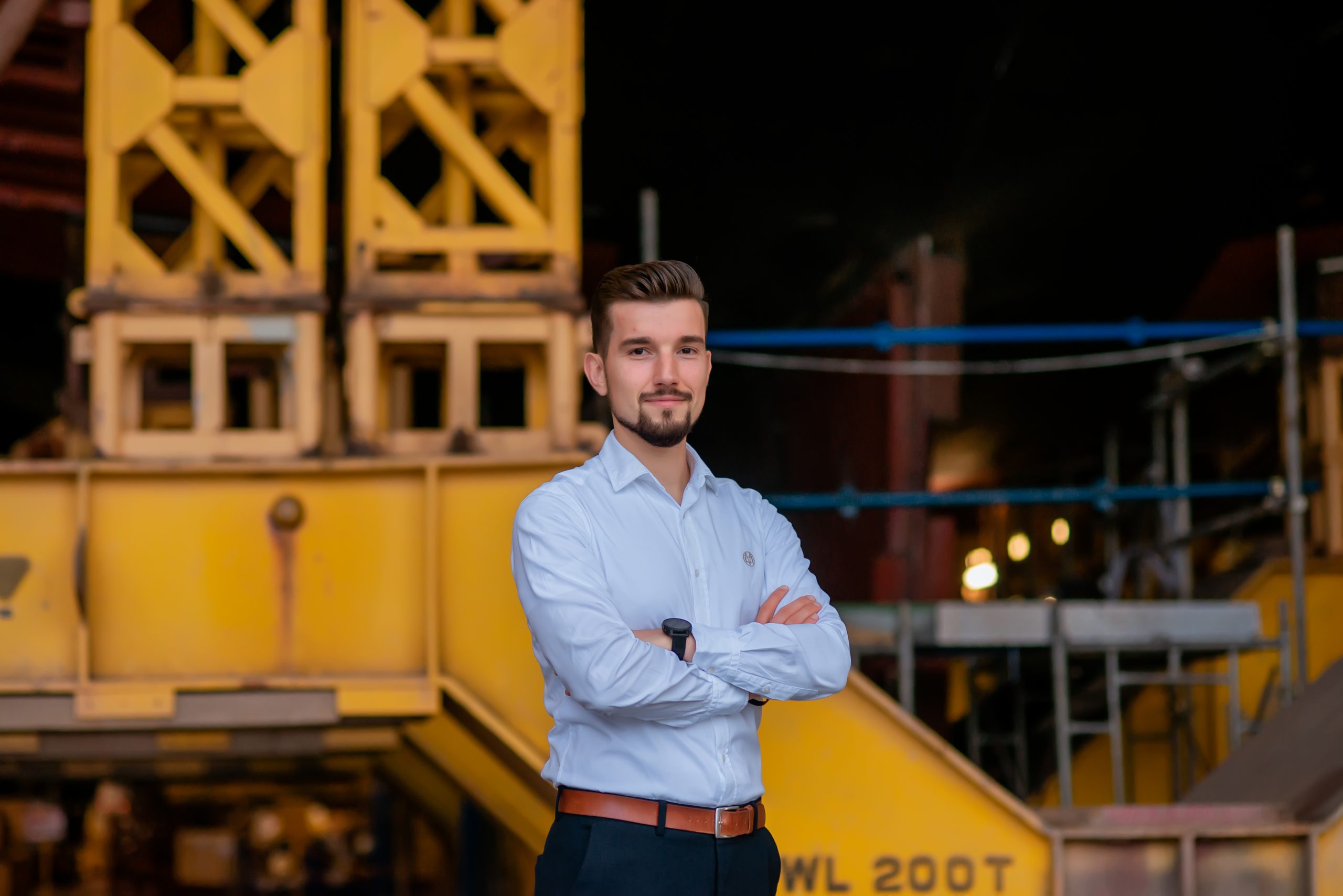 One of the best parts of running business education programs is meeting the amazing people that choose to better themselves through them. Since 2005, we’ve had the privilege to be introduced to many leaders from all walks of life and most of them have stayed close to the school, continuing to attend events and gatherings.

Although it might be harder to attend an event from Vietnam, Tiberiu Paraschiv, RO9 alumnus, kept in touch with us and told us how he made the transition from Galati to Netherlands and then to Asia, how he adapted to the different cultures and how he feels the MBA has helped him. Read his story below

The most common question I get, is: how is Vietnam? The answer to this can go into so many directions, that most of the time, I answer simple: hot, humid and a bit crowded 🙂

I consider myself one of the lucky people, because, by working for a multinational company, during my almost 10 years of work life, I had the opportunity to work and live in 4 different countries, and visit 2 more, for work related tasks. So, for me, moving from Romania to Vietnam, starting in 2021, in November, was not something new. Honestly, I did not have too much time to think about how the moving would affect me, because coming after the Covid enforced travel restrictions, in the second part of last year I did quite some travels.

In the month before coming to Vietnam, I spent a month in Canada, delivering 2 projects to the client, with a schedule of 30 days of non-stop working. Then, after 2 weeks in Romania, quickly packing 3 suitcases, I started traveling again. As such, I was kind of looking forward to depart to Vietnam, because, as the rules imposed, I had to be for 1 week in strict quarantine, which basically for me meant some rest. After that came almost 6 months of living in Vietnam, where I spent Christmas, New Year (the western type) and the Vietnamese New Year. I could say those were the most difficult parts, not being with family and friends on the first two occasions. 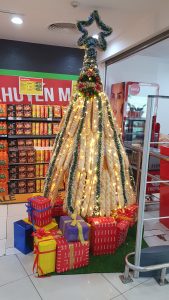 One thing that shocked me, culturally wise: in certain times, I wake up early to put in a 5AM run. I am used to having the city all to myself, at the time of day, or maybe share it with a few other nutjobs like myself. But, first day I went out at 5AM, in Vietnam, I was amazed by the number of people that were already up, and very much active (dancing, running, playing badminton, or any other type of exercise).

I would compare the buzz, with the same craze you get in Romania, in a park during a nice sunny Sunday, not too hot. On the other side, go out into the city between noon and 4 PM, and you can barely find someone. Even getting a taxy in that time frame is challenging. But, I can only adjust my schedule, around this, since in the end, I’m the one in their environment.

The Vietnamese culture, work related, but also private is constantly changing. The younger generation adopt more and more western holidays, such as Valentine’s Day, Halloween, even a bit of Christmas (see the Christmas tree made of….baguettes). I can now say, Vietnam, with its high buzz and fast pace, and ever developing, is a very welcoming country. I was lucky enough to have colleagues who made sure that my settling in would be as easy as possible.

I took the MBA in between my travels. Before the MBA, I had a period of 3 years living in other countries (The Netherlands, Singapore, China). During the MBA I started to realize why some of my experiences have been better than others. The cultural awareness part was significant in understanding, but also preparation for what came later. Now, being here, I have to understand the points that connects me, with my Vietnamese colleagues, and also, how me, as a European manager, can work, coordinate, empower and motivate my Vietnamese employees to work towards the same goal. 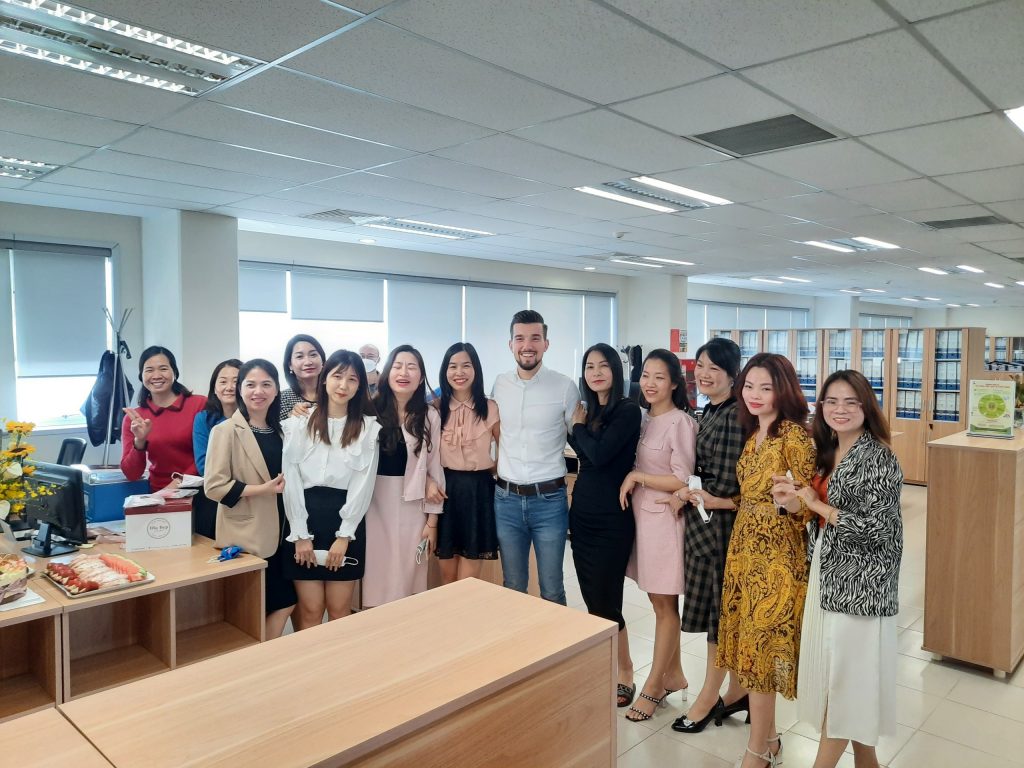 The first thing I must understand is what is their drive towards progress. What makes them do things? Some would say money. Yes, it may work in Vietnam, as it is a fast pace developing country, where people want to make quick gains. But this can take us only to a certain point.

The drive comes also from the greater goal, the vision. As long as you establish a common goal, not necessarily enforcing my goal, but something that we all believe in, then the ideas flow. Of course, like in most of the Asian cultures, the social connections, after work, are very important, sometime the bar/pub/restaurant interaction, drinking and spicy eating contests can make or break some deals or agreements (I could also say that some of the BISM parties helped in some aspects 🙂 ). 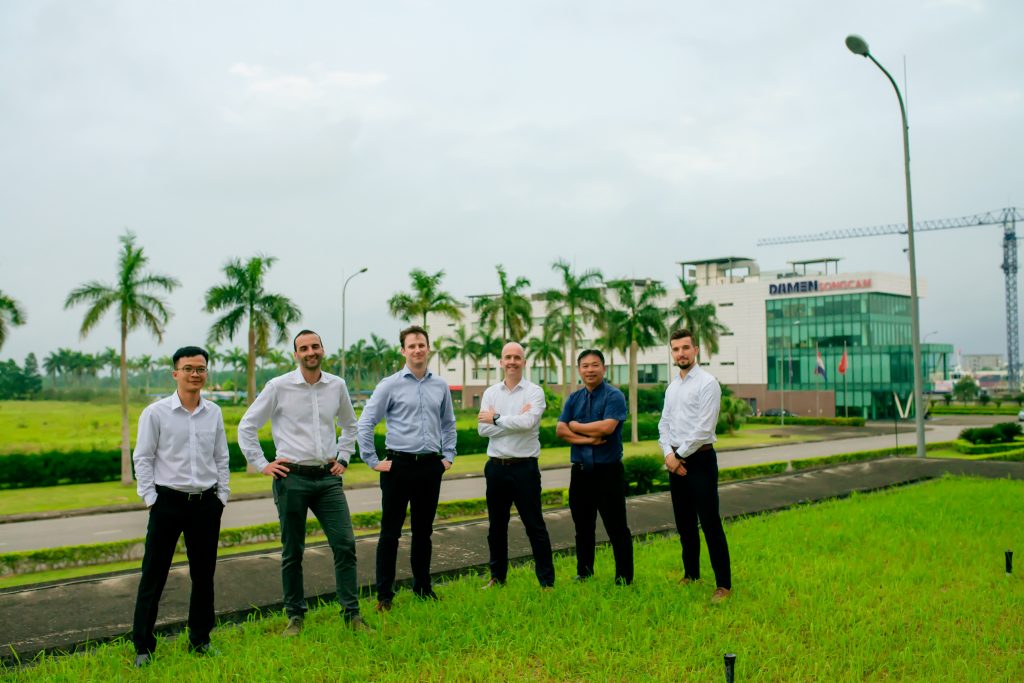 Tiberiu (right) with his work colleagues from Damen Shipyard

This step, towards this position, within a multinational, within a quite far away country is a stepping stone towards building my skills, trust in my own abilities, prove my worth, things that will allow for further upward steps. Even though I am, at this moment, travelling around the world, with my work, I still want that at some point in time, I will come back home, because home will always be Romania. Yes, it will always be nice to travel, but all the skills gathered and built throughout the years should be used for improving what is most dear to us, in this global context.

Although I am curious for what the future reserves, I also take it day by day, event by event, and one experience after another. It will be interesting to see!

Tiberiu is part of our 600+ alumni community. If you want to join it, check out our business programs.